What Job-seekers in the UAE Really Want

With higher than average levels of active talent (51% as compared to the global average of 36%) available, recruiters should seriously focus on what makes job-seekers in the MENA region tick. No, job-seekers in the UAE don’t have wildly different expectations than those across the globe but there are differences that are albeit small, yet very telling. There’s the usual mix of corporate culture, compensation, benefits, and leadership so no real surprises there. However, research reveals that UAE-based job-seekers are very specific about what they require from a job and today we cover the most important findings from these diverse bodies of research.

Job-seekers and employers alike are mostly torn between which of the two acts as a stronger motivator when it comes to a job. Priorities differ from person to person where things like a job-seeker’s financial situation, affinity to job title and need for learning influence what takes precedence in choosing a job. Three prominent pieces of research performed across professionals and job-seekers across the MENA region show the following results:

Although the results of the research stand at odds, it makes sense to seek career growth in the long run simply because staying in the same position yields an annual salary increment of 2-5% on average. With a horizontal or vertical promotion, however, employees enter a different pay scale which guarantees a higher salary jump. With career growth naturally leading to a higher compensation, UAE-based job-seekers are more likely to pay as much attention, if not more, to a growth-focused job role as they do to the pay package in making their decision.

Now, aren’t we all looking for some real meaningful communication? Professionals and job-seekers from the MENA region are quite serious about it because a whopping 94% of 3,298 professionals from the region want to hear from recruiters about new job opportunities more frequently. It doesn’t matter if these people are actively looking for work or if they’re passively searching, they still want to know what opportunities are out there. Couple this with the abundant active talent available in the region and it becomes clear that recruiters in the UAE need to boost their recruiting efforts.

Job-seekers from the UAE particularly want to hear back from recruiters after applying. The majority cited ‘Not hearing back after applying to a company’ as the biggest roadblocks they faced when changing jobs. This sentiment was shared among 32% of the research participants from the region, compared to 26% participants across the globe. Difficulty in discussing and negotiating salary, title and role was another sizable pain point. The numbers make it clear that both keeping applicants updated with their status and providing timely feedback is crucial to keeping job-seekers engaged with their job applications.

A Window into Their Work Life

For job-seekers in the region, being well-informed about a company’s corporate culture is another ‘top of the list’ element in choosing a new job, although it lies behind the global average by 12% at 54%. It’s followed closely by ‘Perks and Benefits’ at 49% which is a sign that both should be a part of a company’s recruitment strategy. This also signals that it’s actually more important for professionals to know what a company stands for than to know how much they will be paid there. So much so that not knowing what it’s really like to work for a company was the third most common reason why UAE-based professionals changed their jobs.

Solution? Enable candidates to learn about your organization and what a career there looks like at every touch point. 32% of the respondents of a survey said that having a ‘Reasons to Join’ section on a company’s careers page helped them decide on taking a job in that company. Similarly, having devoted sections to the company’s vision, mission and values is also essential. Stories and testimonials from existing employees is a popular trend that can be used to breathe some authenticity into a company’s claims on culture. Recruiters should also attempt to include some aspect of the company’s culture in job descriptions to spread the message wide and clear. This is where an ATS comes in handy because it keeps your organization from becoming a resume bin by resonating your corporate culture through an online footprint.

All in all, job seekers in the UAE do not particularly ask for a lot. They’re clear about what they want, and they are keen on spending time and effort researching companies thoroughly before they hit ‘apply’. Now that you know what they’re looking for and have some numerical backing on their priorities, it’s time you chalk out a plan to start fulfilling those needs come 2018. It’s clear that those steps don’t have to be radical for you to get the best talent onboard. Just make sure to remove the most critical roadblocks so that you obtain the most credentialed candidates and keep them put for long.

5 Email Templates To Communicate With Talent 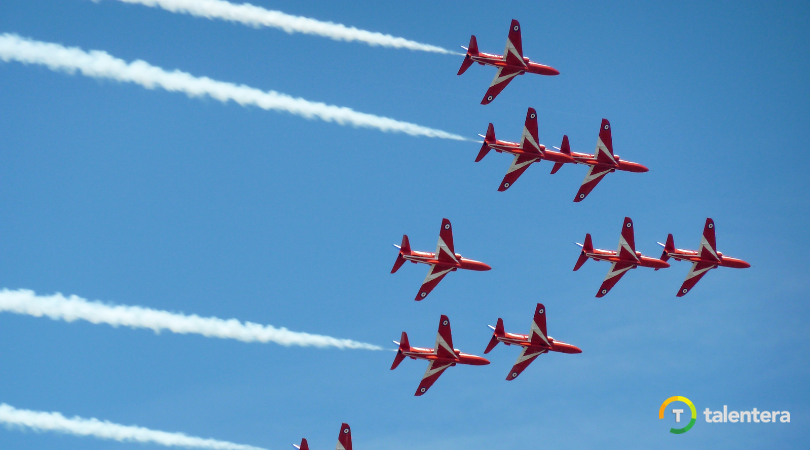 Recruitment SLAs: Your Key To High-Performing Teams In 2022